What's on your mind?

As if things weren't already sad enough for the Little Women fanbase community. On April 28, 2022, Little Women: Atlanta cast member Shirlene "Ms.Juicy Baby" Pearson suffered either a heart attack or stroke. She was hospitalized and also entered a coma. The next morning her management team revealed to the public that she is stabilized. As of this writing there are no updates on her. Please keep Ms.Juicy and her family in your prayers and wish her the best. We do NOT need to lose another Little Women: Atlanta cast member🙏🏾. 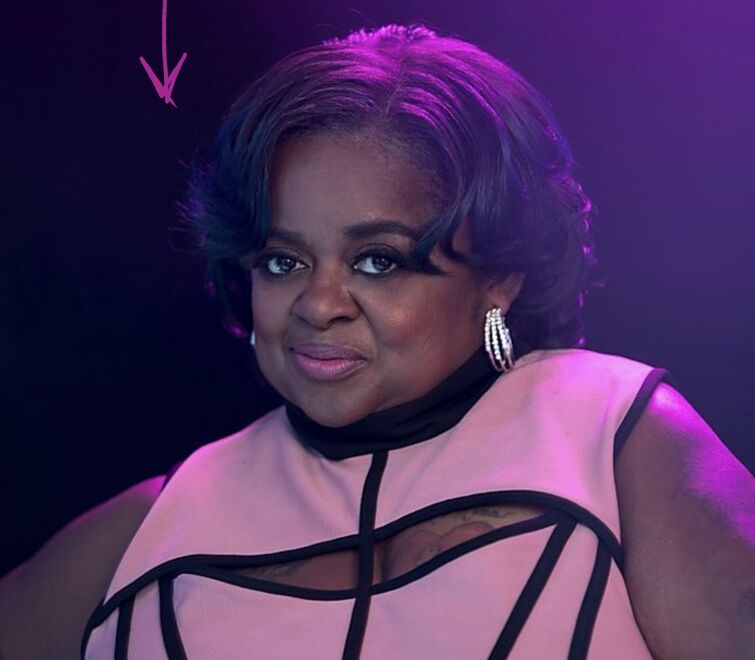 Hello everyone. Little Women: LA cast member/Little Women Executive Producer Terra Jolé has just publicly announced that she has been diagnosed with breast cancer and will be undergoing a double mastectomy next week. Let us all keep Terra and her family in our thoughts and prayers. May she come out of this ordeal stronger and healthier than before. View her latest YouTube video for more details: https://youtu.be/Hbaz6NdtB6k 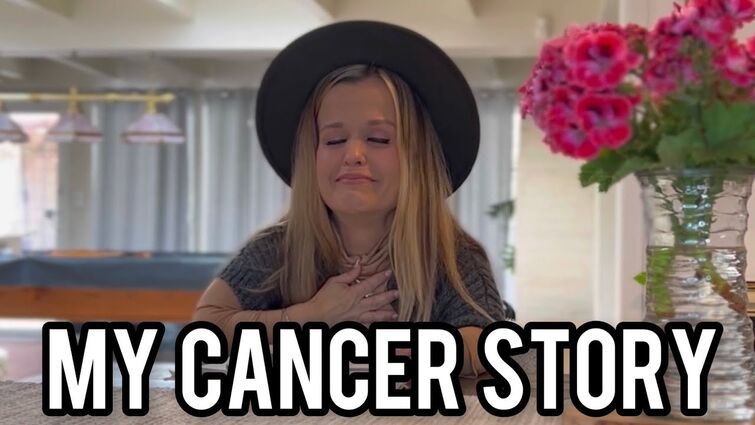 My Cancer Story - Revealing I have Breast Cancer to My Mom.YouTube 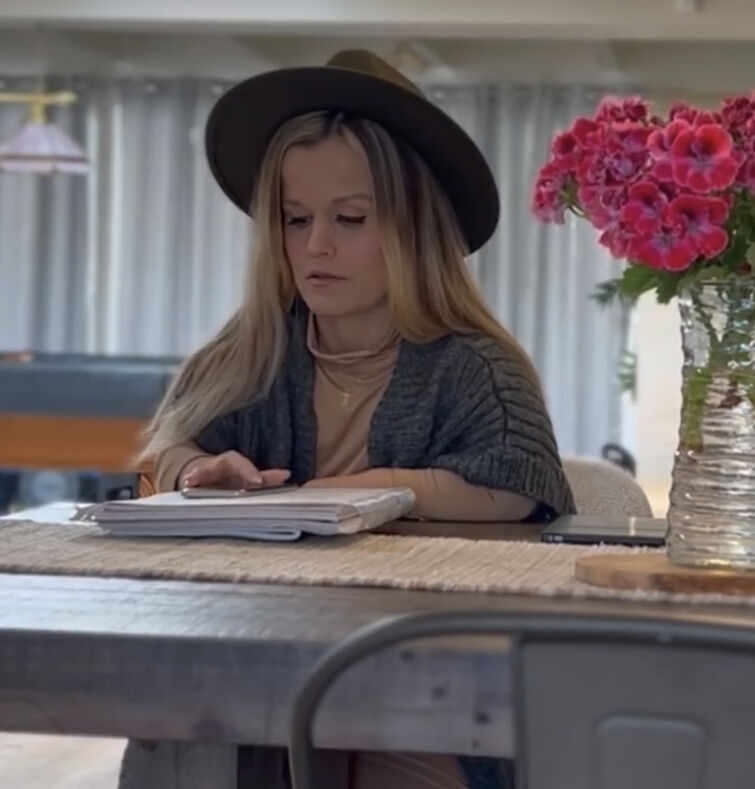 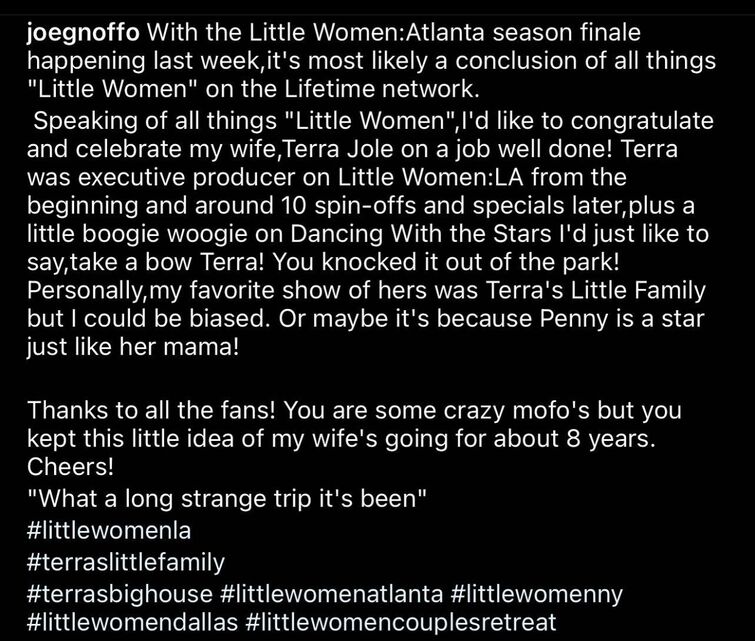 I'm super late on sharing this, but Joe (husband of Little Women executive producer Terra Jolé) posted this to Instagram. This definitely saddens me. I definitely feel like the pandemic had something to do with this--Little Women: LA was filming for Season 9 but it was halted because of quarantine, and then Lifetime Network dropped the series. At first I didn't really watch LWLA, but I binge-watched some seasons during quarantine and was excited for what Season 9 had in store. Bummer. Terra has brought up the possibility of a Little Women spin-off. No word on that as of this writing.

My favorite show from the franchise is Little Women: Atlanta. That show has always given me something to look forward to, and has always kept me entertained. But I seriously think that the show is over, due to the simple fact that Amanda and her husband moved back to Texas. It might not really sound like good evidence to some, but I've noticed that cast members from canceled Little Women shows move out of the state that the show is filming in, after the show is over. I don't want this show to end, and wasn't expecting the end to be this soon.

What are you guys' thoughts on this?

And I just wanted to say sum about ms.Juicy babyyy. I really dont know what her prob is but she needa quit thinking that shes above everyone jus cus she the "Queen of Atlanta". Ngl buh I was happy when Monnie announced that Minnie aka mama bear will be the"co" made of honor. But it just really made me mad when Ms.Juicy got all mad. Like Shirlene your the made of honor. Why are you so mad that there's a co maid of honor? at that moment I just wanted to throw wings and a drink on her

PEOPLE.com recently posted an article with a Season 6 sneak preview video. To watch the emotional clip and read the article, click on the link. For those who haven't gotten caught up with previous seasons, or those who live in different countries, the article and this post will include spoilers, considering how seasons air a year behind the United States. 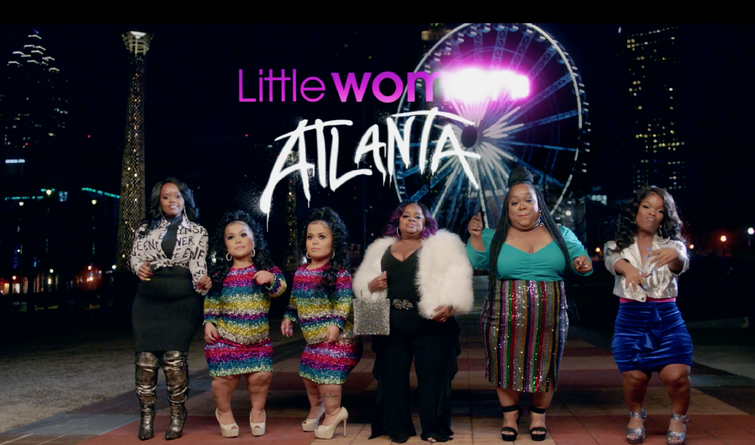 I am going to sum up the sneak preview with small pieces of additional information.

The Season 6 cast will include Amanda Salinas, Andrea Salinas, Shirlene "Ms.Juicy" Pearson, Ashley "Minnie" Ross, Abira Greene as a new cast member, and the return of Tiffany "Monie" Cashette. Bri Barlup and Tanya Scott will be guest/recurring stars this season. Emily Fernandez will not be returning to the show.

The cast puts their differences aside, gets together, and pays a tribute to Minnie Ross, who passed away due to a car accident in April 2020. Each member of the cast tries to stay strong and carry on with their lives after the tragic loss of their friend. Lots of tears will be shed this season.

It looks as if Andrea is interested in becoming a model, and speaks with a talent agent or coach, who is unintentionally discouraging her with the harsh realities of the modeling world. It also looks as if she has a photoshoot (probably related to putting together a catalog so that she can get modeling gigs) where her friend Monie goes with her for support.

Minnie starts dating Atlanta music producer Slickbeats, who appears to love her for who she is. It sounds as if he proposed to Minnie, or told her that he wanted to marry her someday. Minnie's mother Tammie tells her that she's moving too fast in the relationship. It's clear that her mother doesn't want Minnie to get hurt in her relationship.

It is revealed that Monie's ex-husband Morlin cheated on her multiple times. The divorce or separation process/details will probably be shown this season.

Minnie, Monie, Amanda and Andrea learn some choreography. It is unknown to the public what for.

Minnie and Juicy are bump heads again--It is unknown why, but Minnie throws the fact that she had Congestive Heart Failure in Juicy's face--Literally, by throwing the document that confirmed that she had CHF at Juicy during a group gathering.

Amanda probably has fertility issues. She and her sister Andrea are shown in a medical office together crying where Andrea says, "If you can't have kids, I'll have them for you".

Amanda asks Minnie if she feels as if she has been a good entertainment manager to her and her sister Andrea. Minnie says that with Andrea and Amanda beefing with Abira, she's in the middle--Not to mention, Minnie is managing Abira's career too.

Ms.Juicy throws a party for her Eminence Eyewear sunglass line. Everything is going just fine until the Salinas Twins and Abira get into an argument which almost turns into a physical altercation. There's face-spitting, drink throwing, Ms.Juicy bleeding due to receiving a cut on her forehead from a glass being thrown, and all parties being held back from fighting--one of the twins even gets carried out of the party while yelling profanities at Abira. This isn't the only time that the Twins and Abira bump heads this season.

The group puts their differences aside and participates in a Black Lives Matter rally.

Abira vocalizes how individuals with dwarfism should be normalized in society. She also started a hashtag (#NormalizeDwarfism) on social media.

Sometime after Minnie's passing, the group talks about how life is short and how they need to be there for each other, and mend the broken friendships within the group. Amanda gets emotional and says that she doesn't want to argue with anyone. So there is apossibility that Abira and the Twins work towards being in a cordial state with each other, considering how they're the only parties in the group who don't get along with each other.

A new person, Heather (who goes by the name "Tamera" or "Mera") is introduced to the group by Juicy. Before the group meets Tamera, Juicy goes to brunch with Monie and tells her that she's not trying to replace Minnie, and to just simply get to know Tamera. On the day that the group meets (at a rage room venue, where individuals can safely destroy and break items in a designated area), Tamera accuses Monie of throwing shade. Monie storms out and breaks some glass with a bat. It is unknown what actually set Monie off.

RIP Minnie you were my favorite person in Little women Atlanta

Hey Little Women fans! It has been confirmed that Little Women: Atlanta will be returning for Season 6 in January 2021! This will be one emotional season indeed, due to the unexpected passing of Minnie Ross. The season will also include a new cast member--Abira Greene! Bri Barlup will return as a guest or recurring cast member this season, and she will tell her side of the story of she and Emily's friendship coming to an end. Emily Fernandez will not be returning for Season 6, but Monie Cashette will be. Hooray! As of this writing, no specific premiere date has been announced. Click the link to see a Season 6 coming attraction video: https://www.instagram.com/p/CGuFHWtAGK2/ 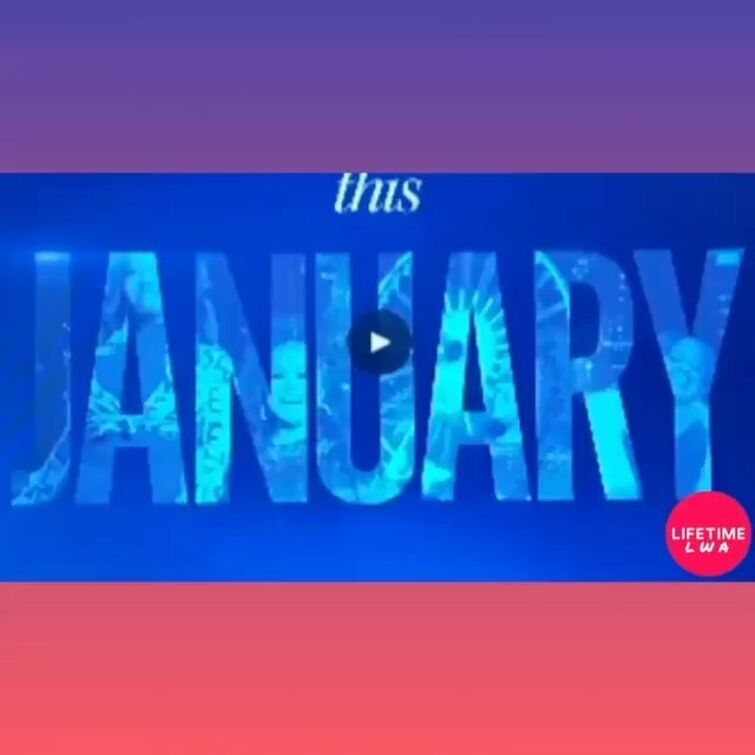 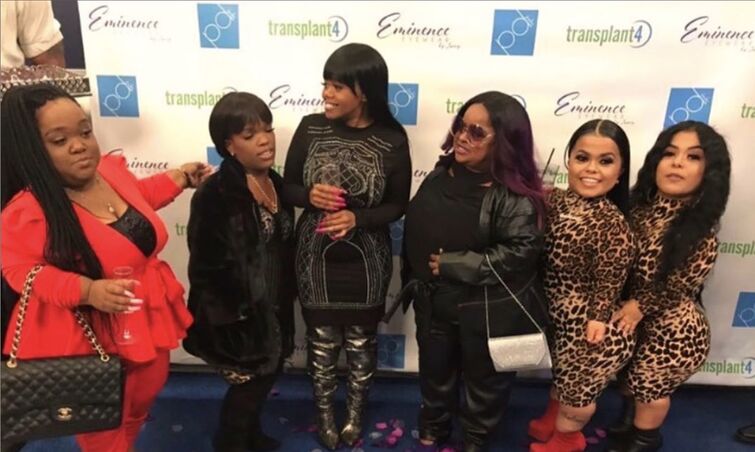 Hello everyone. For those of you who have not had the chance to see Minnie Ross' homegoing ceremony, the link is here: https://msminniemedia.com/memorial-service-video#f82b64b6-004e-45d9-9151-4e2bb90118af 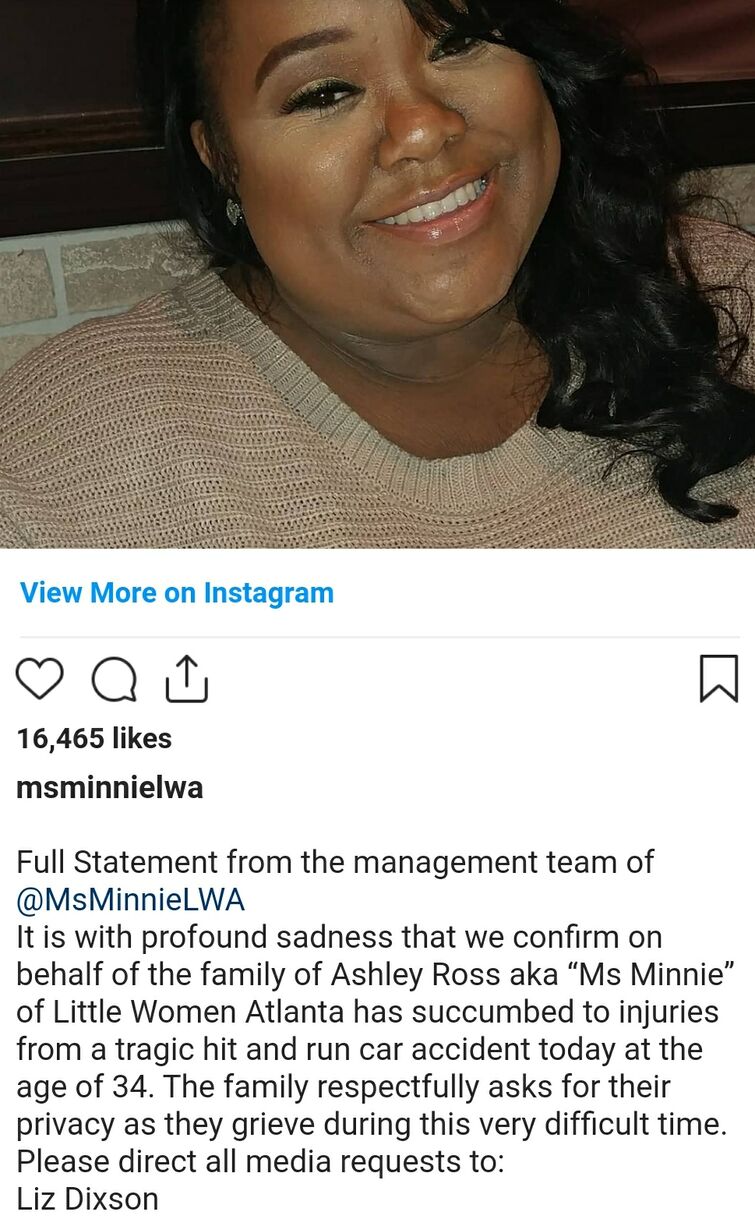 Hello readers! It's Pinky C. Botz, the founder of the Lifetime Little Women Wiki. Today, i was on Facebook and noticed that the Drummond Twins (who guest starred on Little Women: Atlanta during season 2) reposted their article from this wiki onto their official Facebook page! It is an honor to have an article that I did almost all of the editing on to be read by anyone who has appeared on a Little Women show. I just felt the need to share this exciting news. I'd like to thank all of the readers and members of this wiki who helped it get as "big" as it is now.